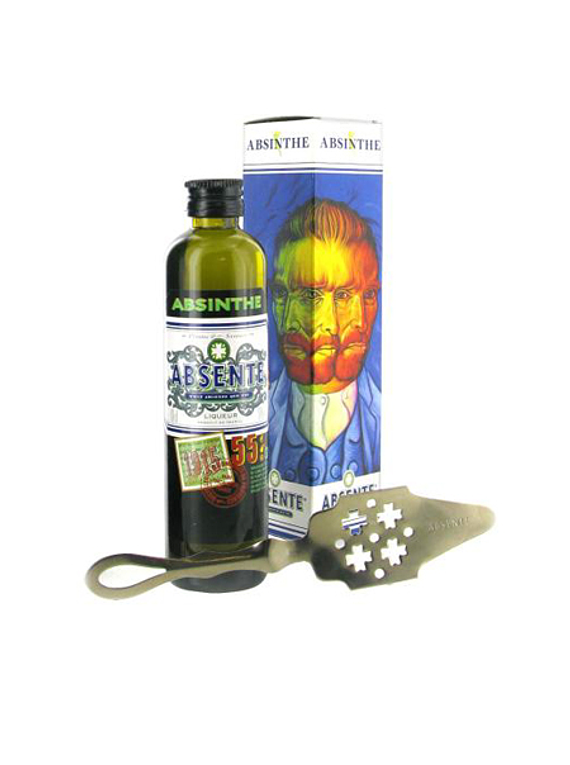 Start by trying this reduced format with spoon for sugar!
Like 19th century artists and "damned poets", do you like strong emotions? Revisit the legend of the green fairy through Absente!

ABSENTE 55º with spoon Van Gogh - Absinthe with a lot of typicity. Comprised of a skillful blend of wormwood, mugwort, green anise and lemon balm, it is delicately sweet and slightly spicy.

Absente, born in 1999, was the first legal absinthe on the market since its ban.
Absente is composed of absinthe, anise, mint and spices that give it balance, delicacy, freshness and aromatic persistence.

Absinthe (Artemisia absinthium), with its fragrant gray leaves, was once used to flavor sauces and to make the famous liqueur known as “The Green Fairy”.

The infusion of mugwort (Artemisia vulgaris) gives Absente its structure.
The subtle flavors of fennel, mint and spices in spirits and essences give Absente its balance, finesse, freshness and its surprising ability to linger on the palate.