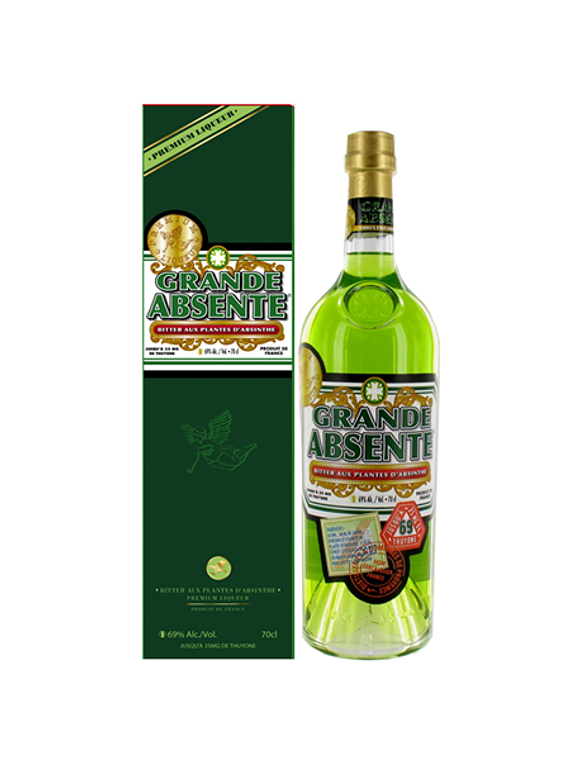 Like 19th century artists and "damned poets", do you like strong emotions? Revisit the legend of the green fairy through Absente!

GRAND ABSENTE 69° is a very aromatic, intense and complex absinthe, with dominant plants, spices and bitterness at the end.

The most authentic of absinthes, Grande Absente 69º is a bitter liqueur that contains more absinthe plants and less sugar.

Wormwood (Artemisia absinthium), with its fragrant gray leaves, was once used to flavor sauces and to make the famous liqueur known as “The Green Fairy”.

The infusion of mugwort (Artemisia vulgaris) gives Absente its structure.
The subtle flavors of fennel, mint and spices in the spirits and essences give Absente its balance, finesse, freshness and its surprising ability to linger on the palate.