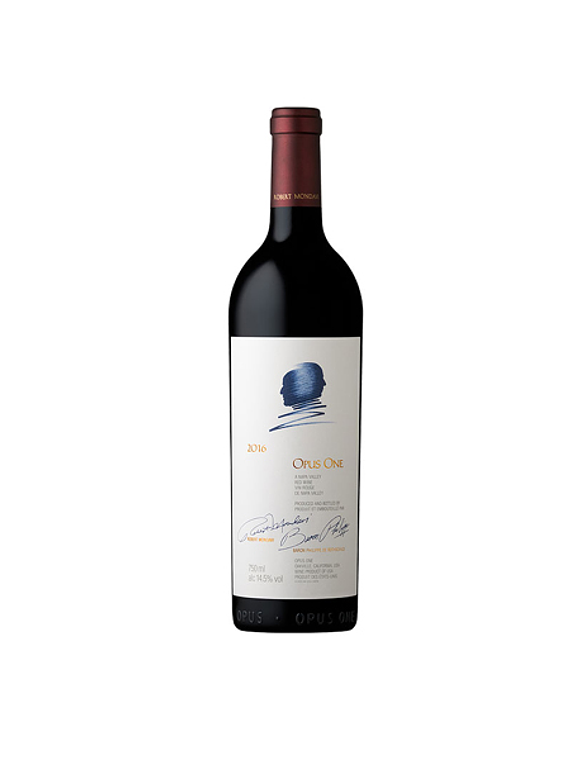 Opus One 2016 is remarkably elegant and bright, offering sumptuous aromas of fresh, red and blue fruits, cooking spices and vanilla, as well as a delicate fragrance of spring florals.

The initial bouquet is enhanced by more nuanced notes of sage, rosemary and black olive.
The succulent flavors of black cherry, blackberry and cassis flood the palate and the creamy, fine tannins provide a deliciously round structure.

Harmonious and lively, the flavors linger to create a lasting finish with hints of dark chocolate and espresso.

2016 marked the fifth straight year of a violent drought in Northern California; however, our Oakville property was lucky enough to receive 80 centimeters of rain; most fell before March; making the soil conditions ideal for the budding that started early on March 7th.

Conditions in August were perfect for ripening and moderate temperatures persisted until harvest, with only a temporary heat spike in early September.
Harvesting began on September 9 in mild conditions, which allowed the winery's team to be more selective and work at a steady pace.
As the warming increased, so did the pace, and the harvest was completed, in just 33 days, on October 12th.