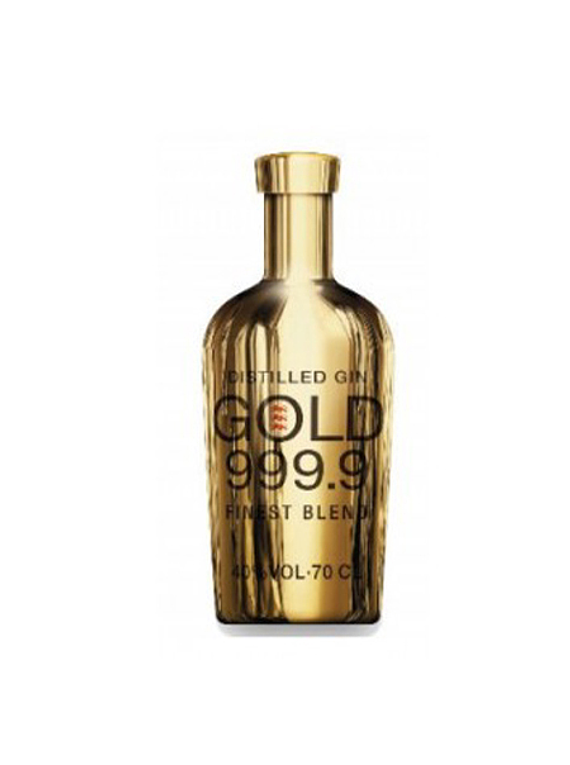 From France comes another Gin Premium!

Gin Gold 999.9 is a Gin that stands out for the perfect combination of citrus and tonka bean. It is a Gin made with exotic botanicals, which offers a unique flavor and is ideal for those looking for new sensations.

Nose : a first contact with juniper leaves place for tangerine to finish with an outbreak of floral notes that are reinforced thanks to tangerine.
Mouth : a first impression of tangerine, citrus, fresh that leaves the place to an almondy finish with subtle notes of vanilla.

PERFECT SERVE : a stick of vanilla, caramel or cinnamon to enhance the citrus notes or violet to enhance the floral notes and provide a better balance.

At the beginning of the 20th century, during excavations in the Alsace region, a tomb with several ancient objects was discovered, among which there was a small gold still. After verifying that these objects had a historical value, they were put up for sale.

One of the buyers, a man fond of alcohol distillation, fell in love with the still and purchased it. This man had been obsessed for years with creating the perfect spirit, an elixir as valuable as the very material from which this still was forged.

Finally, he created a Geneva reminiscent of tangerines and a soft reminiscence of vanilla and almonds, which he called Gold 999.9 because he considered it his purest, liquid gold.

This is how this gin was born, unlike any other and the only one that is distilled in a gold still.

It is believed that the owner of these objects buried them at the end of the 19th century during the Franco-Prussian War, when Alsace and Loraine passed into the hands of the German Reich, in order to save them from the spoliation of the war, and no more was known of the their whereabouts, nor are there any records of who buried them.

Today, Gold continues to be produced in a small distillery in Alsace, between the borders of Germany, France and Switzerland, in a small village, and knowing that part of its manufacturing recipe remains a secret, it continues to be distilled as it was done a century ago.

The difference with other gins is also due to the base alcohol that is obtained in the distillery in which the entire process is carried out. After obtaining the base alcohol in a first distillation, it is distilled again twice to improve its quality and finally it is distilled and infused with the different spices of Gin Gold. The entire process is carried out in stills that have existed in the distillery for centuries and even today a part of the process is carried out in the golden still that served as the inspiration for this fantastic Gin, distilled in small quantities and with great care so that the final product, fully handcrafted, comes out perfect in every distillation.