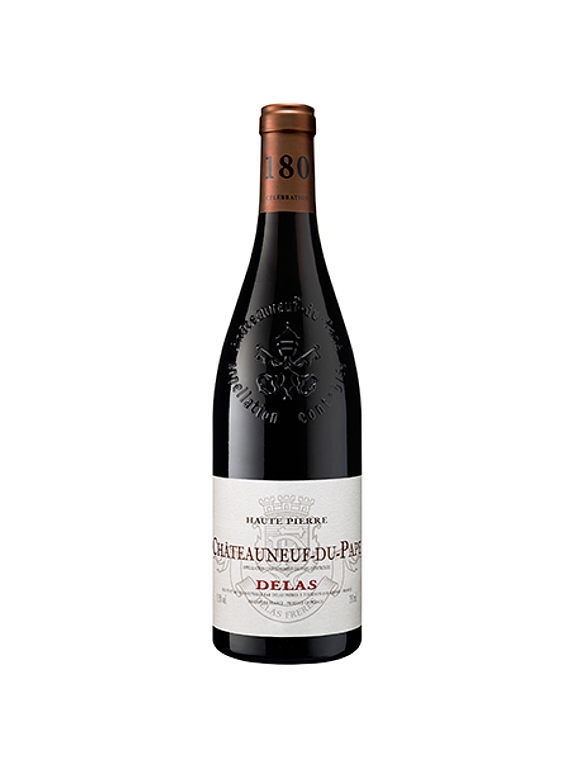 The colour is a deep garnet red.
To the nose, the "Haute Pierre" cuvée is characterised by strong spicy aromas, which show a rich, powerful body wrapped around with a more delicate yet tightly knit tannic framework.
Rich and unctuous on the palate, the finish reveals some intense, liquorice like flavours.

The wine is drawn off under aeration, to enable natural stabilisation of the components to take place. It then goes into 60 hectolitre oak tuns for a period of 8 to 14 months.

Vineyards : they cover almost the entire Châteauneuf-du-Pape commune as well as part of four neighbouring communes of the same subsoils (Bédarrides, Courthézon, Orange and Sorgues).

Climate : this is the driest area of the Côtes du Rhône where the "Mistral" wind is predominant - 2,800 hours of sunshine a year. The large round stones on the soil, act as a "storage heater", soaking up the sun's heat during the day, then releasing it during the night.

Ideal with the traditional French and "Provençale" cuisine-stews, stuffed and fine meats.